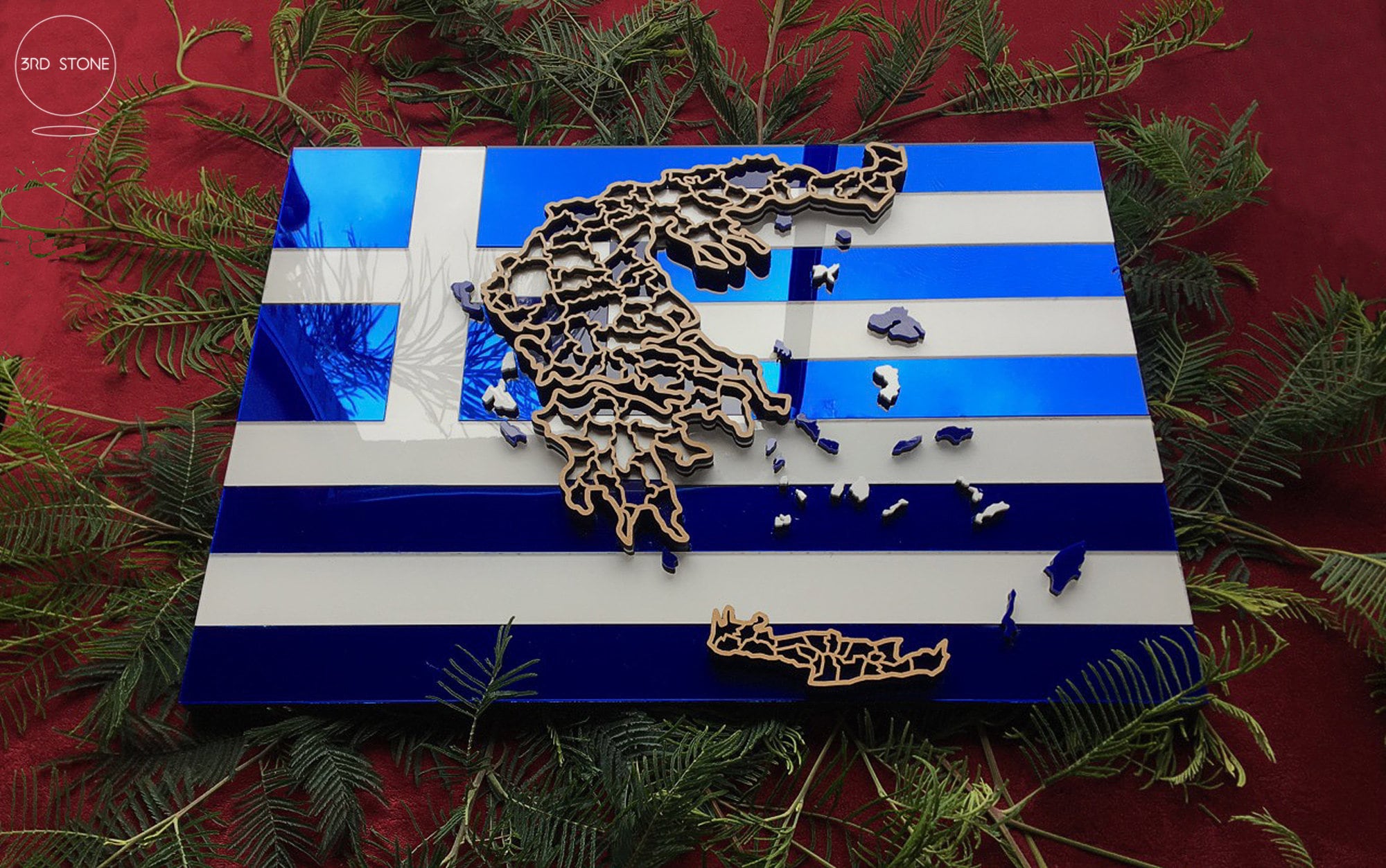 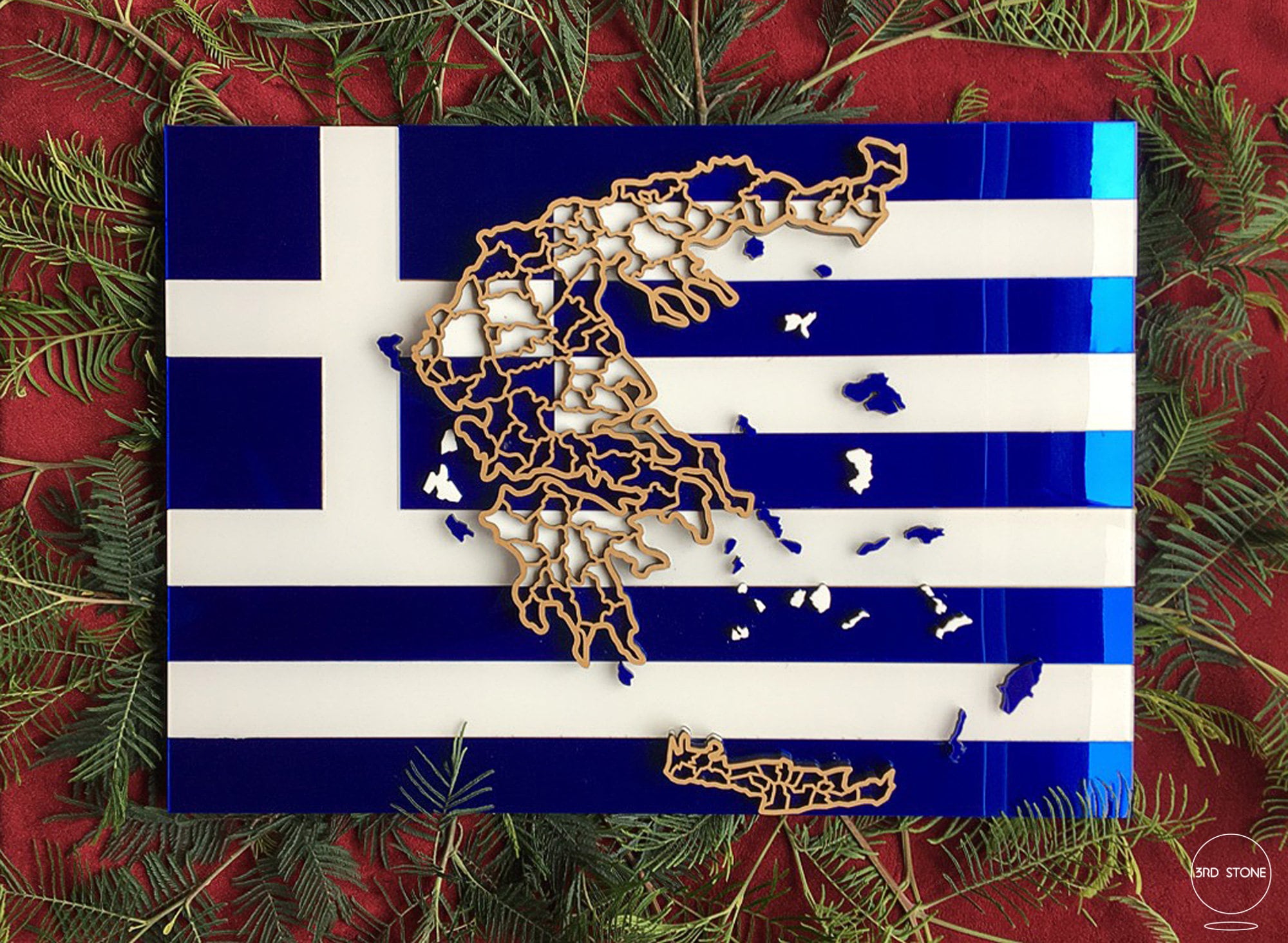 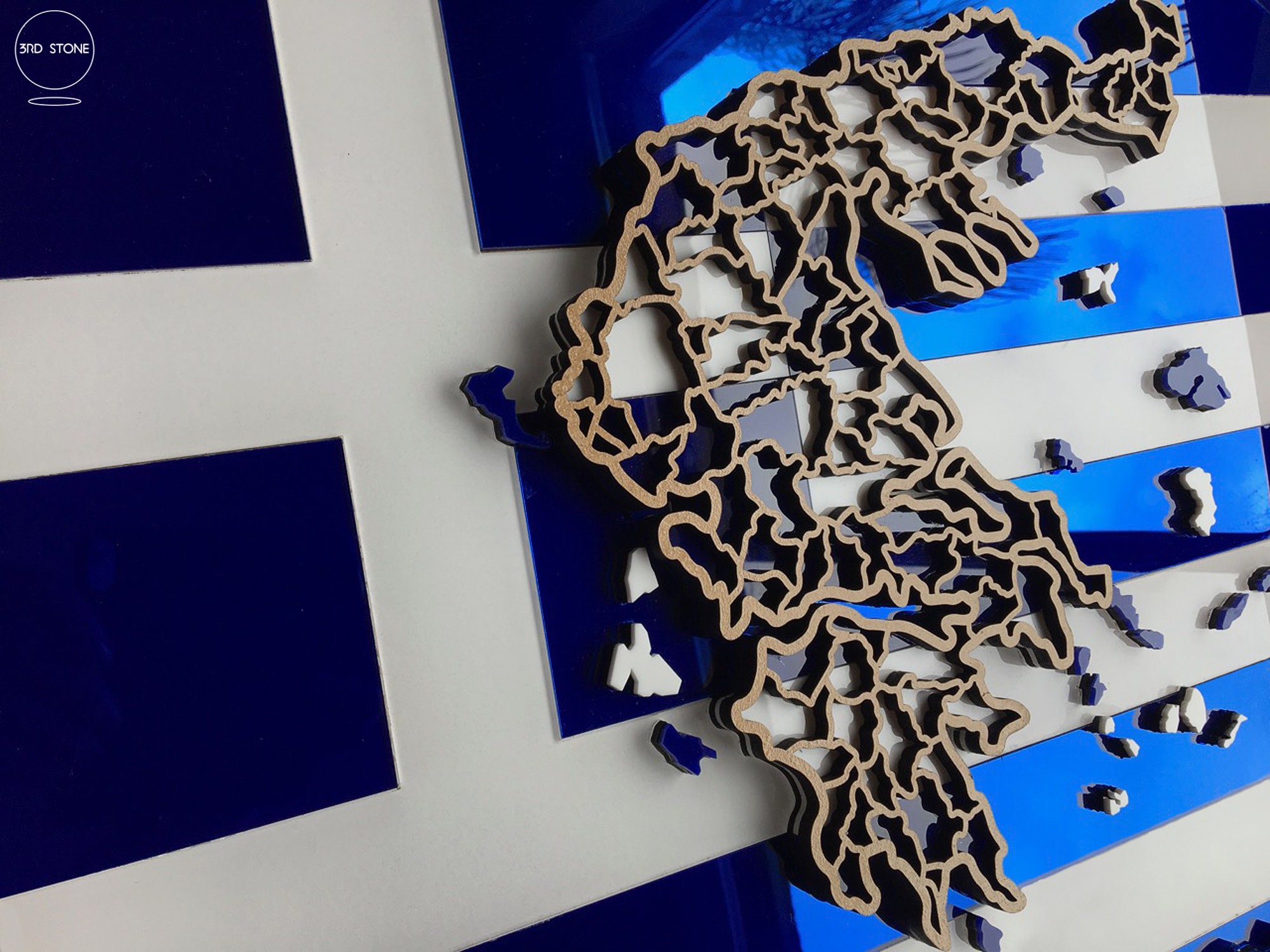 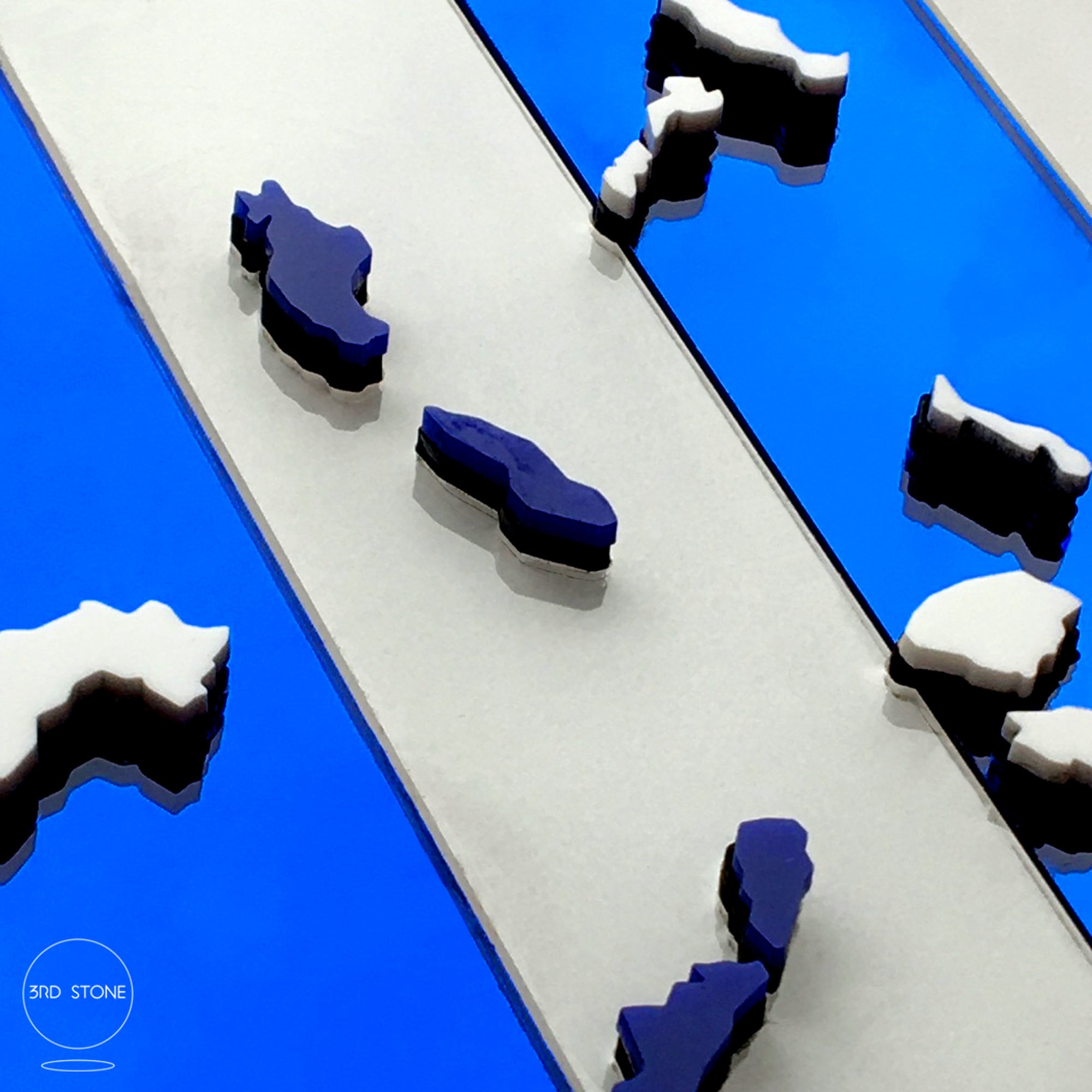 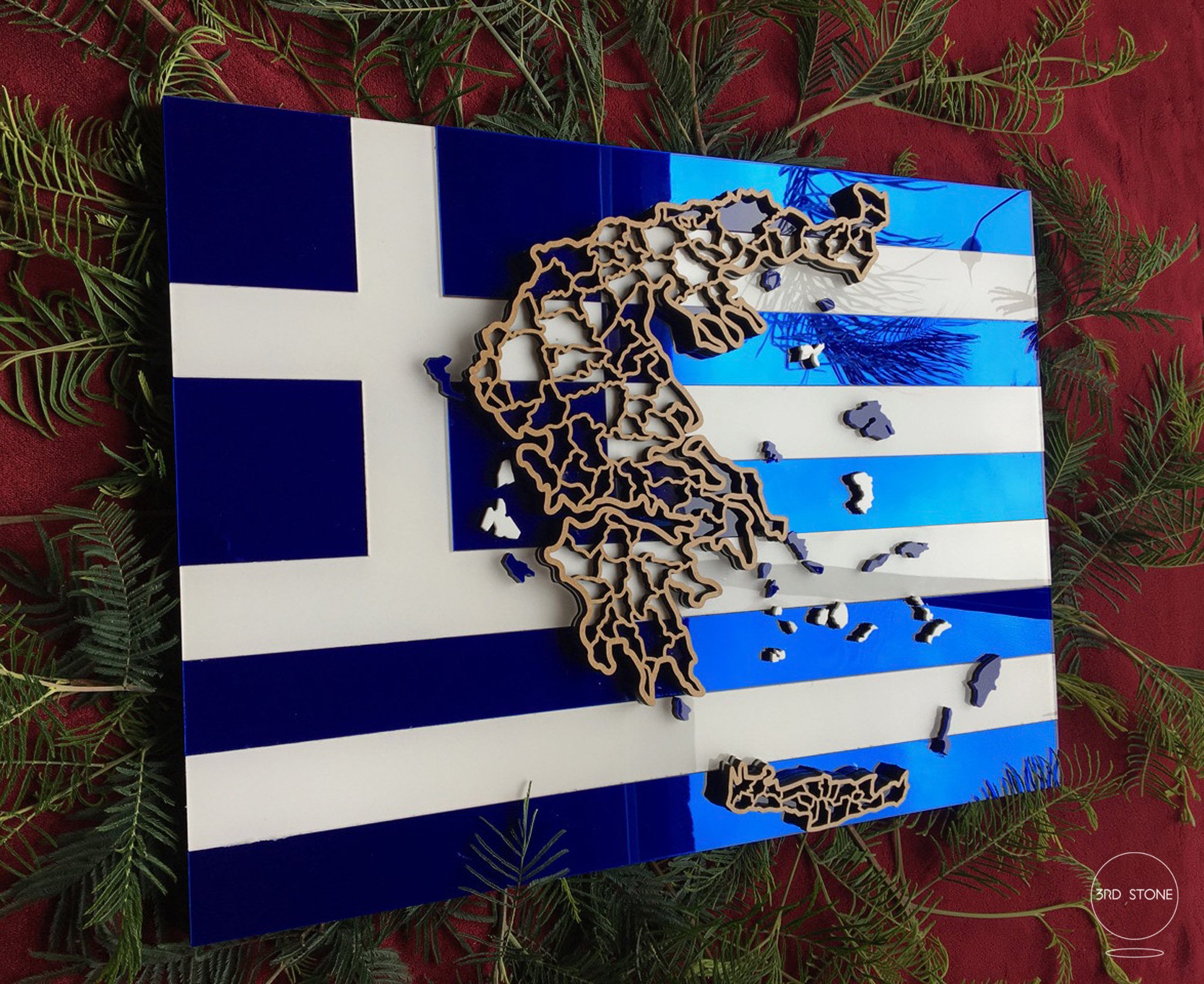 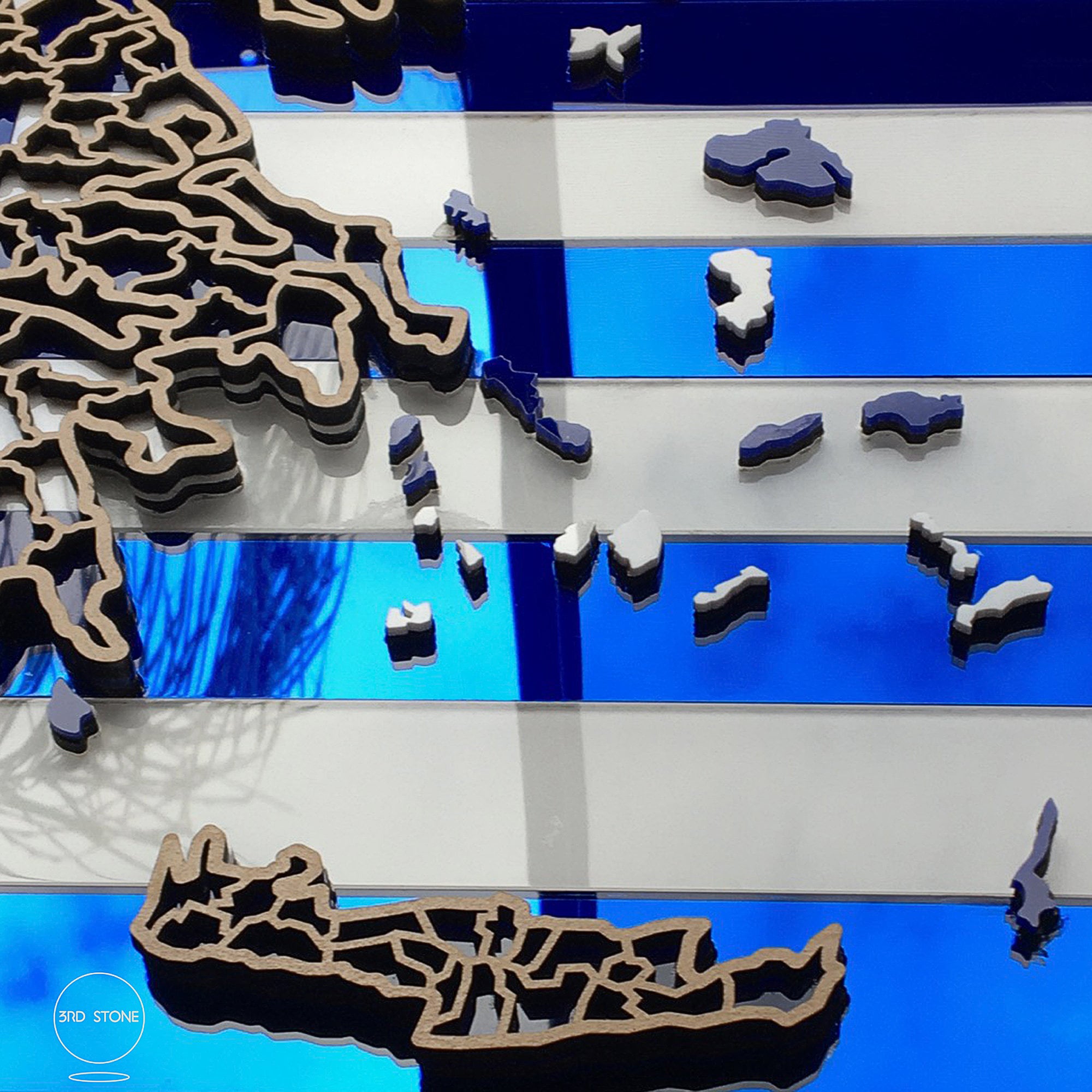 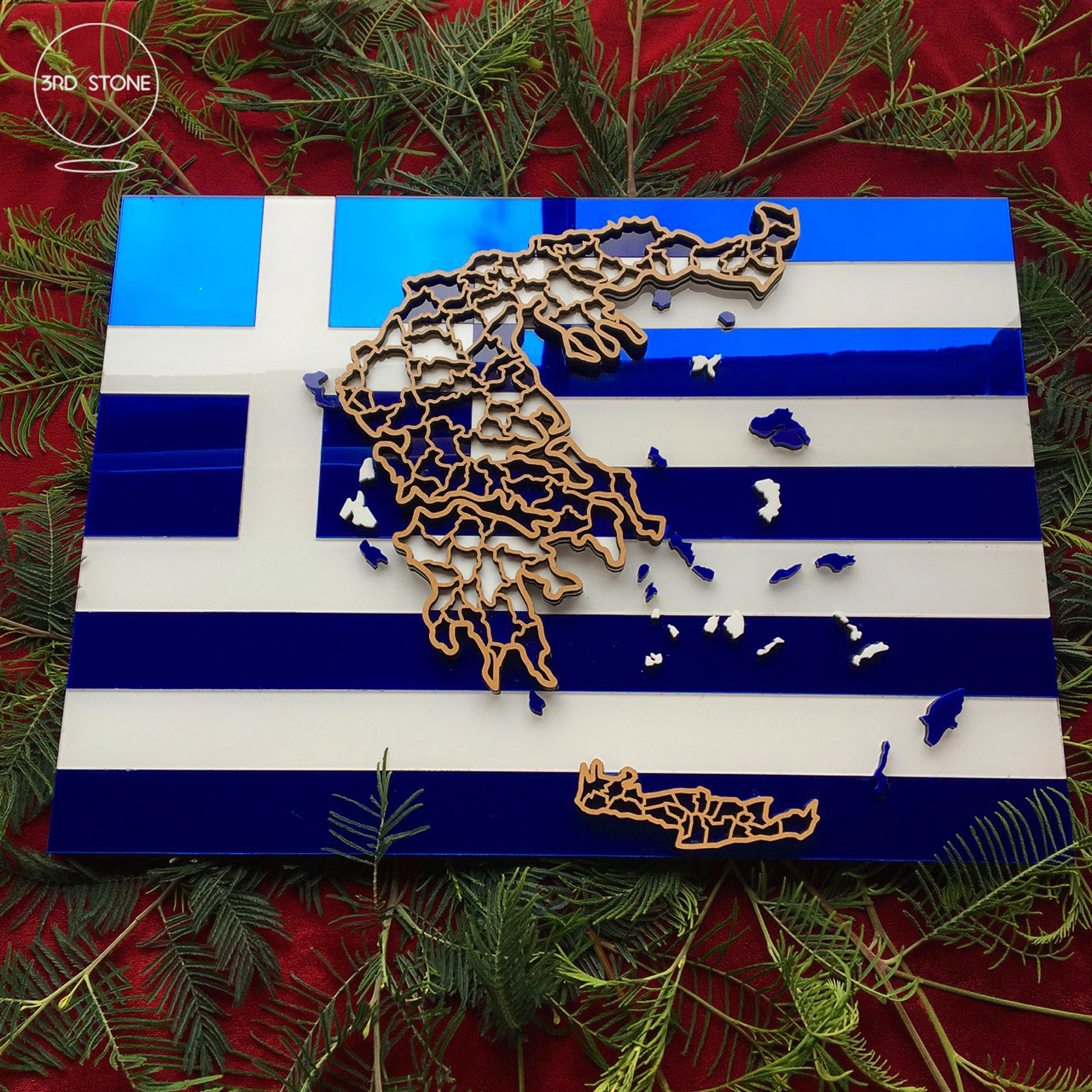 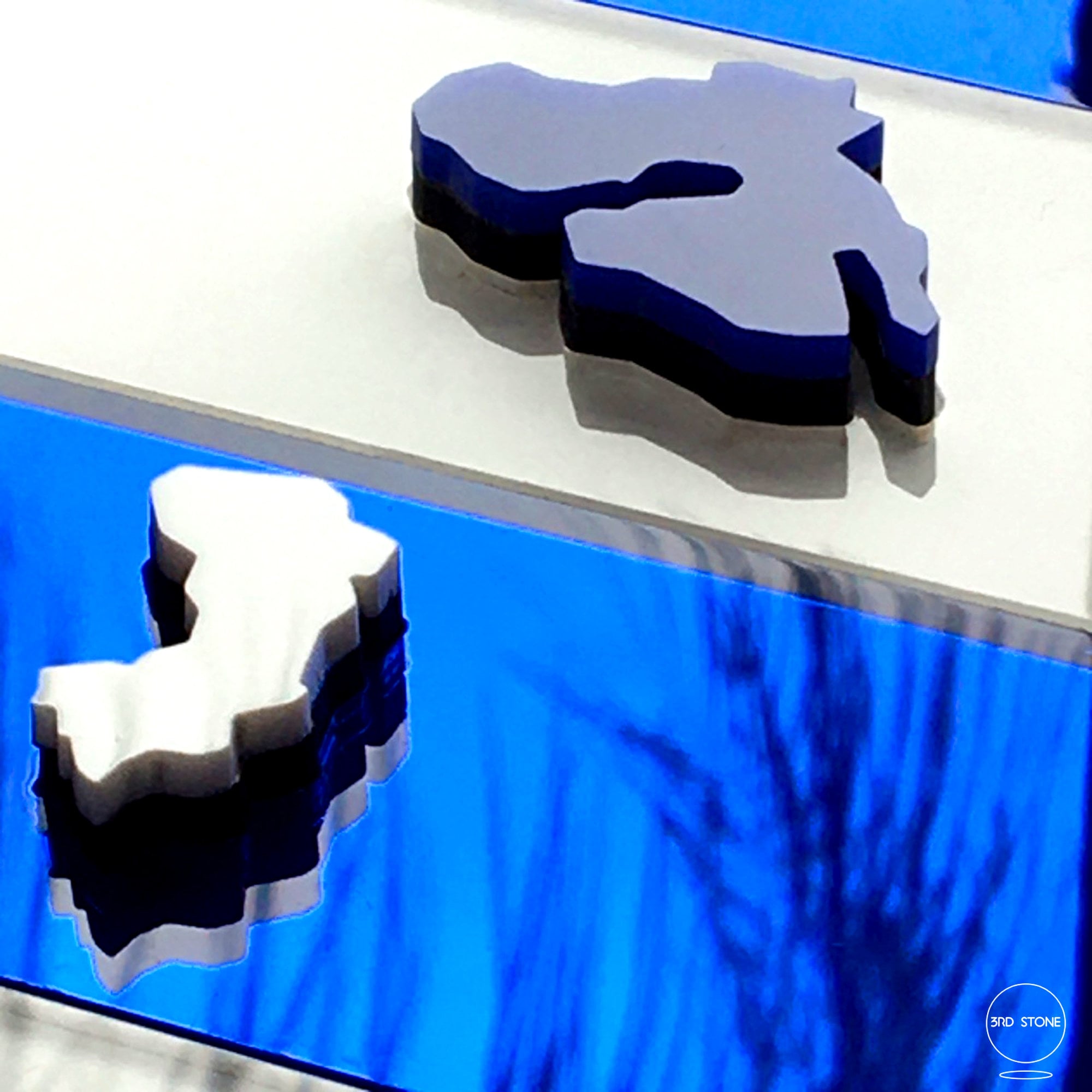 A new addition to the 3rd Stone Designs catalogue are my flag / country combinations. As only the second in this series, when the request came in, I knew this was going to be a challenge. After all, there are only 2000 islands (give or take) plus a considerable chunk of mainland Europe that make up Greece! ...and rise it did, like the impossibly steep cliffs of many of those jewels of The Aegean.

Australia is home to more Greek born than any other country in the world after the homeland and Melbourne is the Greek capital of the Southern Hemisphere. The Greek influence is interwoven so deeply in to the fabric of this city it is impossible to imagine Melbourne without you. Living proof that you can have two homes & two identities happily dwelling in the same body, mind and spirit so bursting with pride in both.
My English born wife cried with happiness when she saw the joy overflowing in the streets of Melbourne when Greece won Euro 2004, not too long after we settled here. It was a revelation moment for her as she realised what a great example of a unified and celebrated Australia you are.

Payment must be made in full before the item is shipped. If a payment is not received within three days, the order will be canceled and relisted.

Items are packaged between 2 pieces of 3mm MDF & are in a fixed position to give rigidity and protection during shipping. Please consider re-purposing your packaging upon receipt.

Please verify your address during checkout. Unfortunately, 3rd Stone cannot be responsible for items not received due to incorrect shipping addresses. Please contact us right away if you need to ship to an alternate address.

Postage insurance is available upon request for an extra fee- please include this request in your checkout.

All pieces are closely inspected for flaws and breakages before being carefully packaged for shipping in order to reach you in perfect condition. If, however, your product arrives damaged refunds are available. Dissatisfaction with colour outcome, regrettably, is not deemed grounds for refund unless it is not the colour ordered. Buyers who choose package insurance option at time of purchase are not eligible for refund for damages from 3rd Stone. The item must be in its original packaging in an unused condition and must be returned within 5 days of receipt in order to be eligible for refund. Buyer assumes cost of return shipping.

Damage must be reported within 48 hours of package receipt- claims after that period will be considered at the sole discretion of the seller.

In our production we endeavour to minimise waste by repurposing our offcuts to create or enhance new or current designs.

Absolutely love it. Amazing work and I couldn’t be happier, thank you and I’ll definitely be back for another exceptional piece of art !!!!

0 items in your cart